It was with more than a tinge of sadness that I recently realised an unerring truth; in fact, I may have even shed a tear or two. I was always told it would happen, especially when the kids came along but I never really took any notice, perhaps this was my undoing. You see, no matter how hard I searched every nook and cranny of the old grey matter, somewhere along the line over the last few years, I’d completely lost sight of what a young boy racer aspires to own. By this, I don’t mean anything exotic from the likes of Lamborghini or Porsche, I mean a realistically obtainable automobile, a working class hero if you will.

Having looked at what’s on offer though, I’m beginning to wonder whether it is me that’s lost touch or whether today’s Friday night heroes are lost in an automotive wilderness with a distinct lack of identity. Every generation can be easily ring fenced by the objects of their desire. The ‘80s had the Golf Gti, Pug 205 Gti and the Escort XR3i. My generation, the ‘90s also had the Golfs but we’d progressed onto the rally derived rockets, typically the Imprezas and Evos, earning us the ‘Playstation generation’ tag. The ‘00s gets a little hazy but the hot hatches were still in full flow and the Japanese entries simply got more and more powerful but this is where the trail gets lost.

Correct me if I’m wrong but hot hatches appear to have lost their way a little of late. They’re mostly overpriced, the old stalwart, the Golf is bland, all Peugeots are hideous and Vauxhall’s Astra is suffering delusions of grandeur. The only manufacturer which has maintained the cheap thrills ethos is Renault but seriously, what self respecting young scally aspires to own something called a Twingo?

Similarly others have lost their way. Subaru’s last hot Impreza was so expensive that for a few quid more, you could have bought a proper performance car. They’ve just displayed the all new Impreza at the New York motor show and it is the automotive equivalent of gruel. Mind you, if you think that’s bad, Mitsubishi recently announced that their next generation Evos would be doing their utmost to save the planet. Come on! That’s like marketing a child friendly nail bomb. 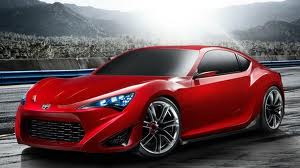 All of this brings me neatly onto what I think could just be the next symbol of a generation.  Contrasting against its surroundings like a blood red stain on a brilliant white background, their was at the New York motor show  a small, cheap, attention grabbing sports car called the Scion FR-S. Scion are Toyotas youth brand, as Lexus is their OAP brand and the FR-S is their attempt to put the thrills back into affordable driving. Developed in conjunction with Subaru who supply the engines, the FR-S has a very low centre of gravity and perhaps most importantly, it’s the rear wheels that are driven. Toyota believe that this is what will tempt buyers away from cars such as VW’s Scirocco as it will have a fun factor that’s not present in most competitors. Whatever your opinion on the looks, it’s certainly not mundane, especially against the backdrop of plain cars many manufacturers are happy to force upon us today.

If this car works, I foresee a resurgence of the Japanese sports car industry, possibly with the reintroduction of greats such as the MR2 and the Supra.  The land of the rising sun appears to have had a new dawn, European manufacturers, you have been warned.

Audi have announced that the new S6 super-saloon will still feature a hugely powerful 4.0 litre turbocharged V8 producing 440bhp, a 5bhp increase on the outgoing model yet they are keen to stress that the new model will be more refined and civilised than it’s predecessor. If these first shots are an accurate representation, it certainly won’t carry the visual punch of previous S6’s. Let’s hope that the new RS6 is a little more stimulating. 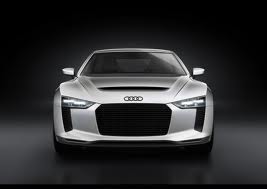 Slightly more positive news from Audi, the all wheel drive Quattro coupe is likely to see production according to sources within the firm. The Quattro concept, first seen at last year’s Paris motor show has evidently provoked a mainly positive response, encouraging Audi to press on with this lightweight turbocharged coupe. The final design is rumoured to maintain design cues harking back to the original Quattro, first seen over 30 years ago. 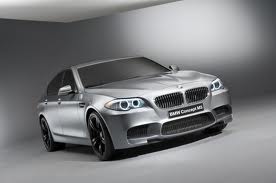 BMW have unveiled images of their 2012 F10 BMW M5 concept in Munich. This concept is believed to differ only slightly from the all new M5, scheduled for release next year. By switching from a V10 to a turbocharged V8, BMW have given assurances that the new model will be more powerful than the outgoing model, yet will reduce fuel consumption and emissions by ‘at least 25%’. Visually, the new model doesn’t initially appear as imposing as previous ones, however I will reserve final judgement until I see one up close.

Tesco have announced that they are to move into the second hand car market. In what would be a revolutionary move, the cars are posted on a website with a video of an RAC inspector performing a thorough check of the car. This check would replace the traditional viewing of a car and possibly reassure many unconfident buyers that the car was roadworthy. Prices are expected to significantly undercut those found on the forecourt and all cars are provided with a minimum one month warranty. Whether each purchase would earn the buyer clubcard points or not has not been confirmed.